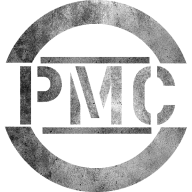 Set with the focus and theme of Private Military Companies / Contractors.
You will be able to make your own contractor and join or even create and manage your own company.

Feeling the focus of modern first person shooters has always been around fighting in the middle-east or against Russians. We aim to change that up a bit. Putting forth both pre-created and procedurally generated missions, you are sure to have more than enough to put your hands into.

You will be able to select contracts from across the world, meet and build relationships with contacts. You either meet through already existing contacts, or finding them across your contracting.

PMC’s main focus is the multiplayer aspect, but if development allows for it one of our long time goals is to implement a Singleplayer story, and one if not several Cooperative stories for people to visually learn some of the lore.

We can’t promise something over the top for this one, we are an indie studio after all, but for your character creation you will select between a certain amount of pre-made heads, hair and facial hair.

For the rest of the character you will be able to change clothing and armor anytime while you are not in a mission or performing activities.

Also when creating your character you will give him a name, place of birth, date of birth, nationality bio and more.

As the main focus of the game is about performing contracts for a Companies, joining and creating one will be a heavy focus.

First of, if you decide to create your own company you will be able to set the name of it, preferred region, preferred language, recruitment status, bio and more. After it is created you will then have to manage the company, making sure it is performing at it’s best.

Your second option is to join a company, here you will have several options.
You can join one out of the pre-made companies that are controlled by NPC’s that you won’t be able to influence. Your other options is to join player created companies, either you can join open companies or you can apply to join the closed ones.

You can be a part of up to three companies at once, the only exception is that you can only own or be a part of the leadership of one of the companies.